How to Choose the Right Motorcycle Battery?

Automotive and motorcycle batteries do not store energy, but contain chemicals that, when interacted with, produce an electric current. A battery is considered charged when it contains a negative plate of spongy lead (Pb) – the cathode, a positive plate of lead dioxide (PbO2)- the anode, and an electrolyte made from a solution of sulfuric acid (H2SO4) and water (H2O).

When the battery is in operation, there are streams of electrons in the acid medium (electrolyte), where electrons from one group of plates go to the other. In a discharged battery, lead dioxide is reduced at the cathode and oxidized at the anode. The metals of both plates react, all consuming sulfuric acid and producing water. In a fully dead battery, then, both plates are coated with lead sulfate and the electrolyte is completely diluted with water.

How do you choose a battery for your motorcycle? You need to determine the capacity and type, and then all that remains is to decide which manufacturer you trust more. for an example, check out this article best battery for Harley Davidson.

Each battery has a different shelf life, some have 3 years and others have more than 5 years. Service life will also depend on proper use and care.

Most moto batteries have a capacity of 2.5-30 Ah, rated voltage of 12 volts, and are suitable for both motorcycles and scooters. Usually the battery is located in a special regular place under the rider’s saddle, above the engine. In rare cases, the battery may be located between the two seats or on the side, under the fairing.

It is necessary to pay attention to the type of battery. There are three main groups: WET, AGM and GEL:

Therefore, it is impossible to say unequivocally which battery is better for a motorcycle gel or acid. If you are strapped for cash, a quality lead-acid battery with proper care will last quite well. The main thing is not to leave it for a long time (more than a year) without load. If you have an expensive and technically demanding motorcycle, then it is better to use gel batteries.

Before buying a new battery, we strongly advise you to read the manufacturer’s recommendations for your model. There will be better written, which battery for a motorcycle should be chosen exactly for you. The fact is that several factors affect the choice of battery. One of them is the engine capacity. The larger it is, the greater the battery capacity should be. Otherwise, the starting current for starting will not be enough. Also, you should not overpay by choosing a powerful battery for a low-power motorcycle.

It is also important to measure the space for the battery. Even if you understand how to pick a battery for a motorcycle, and looked at the right options, they may not fit in place. This means that it will be impossible to secure the terminals. And the unreliable fixation of the battery on the road can play a cruel trick. The battery must be protected from tip-over and vibration.

Also, the device should have the right type of terminals. You will have to focus on the size of the original battery.

Also take into account the class of the motorcycle and how it is used. If you are engaged in staltraiding, hardly fit the battery with liquid electrolyte, because they must occupy a strictly vertical position. For sportbikes, which ride on the track, AGM or GEL variants are also desirable.

Do not forget that the long life of any battery is possible only with proper attention to your equipment.
Acid batteries (WET). The most affordable batteries with liquid acid electrolyte. As a rule, they are used up to 5 years. Requires constant monitoring, periodic replenishment of electrolyte and recharging the battery.

How to Take Care of the Battery

The first thing to know about moto batteries is that they are not adapted to severe frost. As temperatures drop, their ability to accept a charge drops. Short trips or just warming up the motorcycle can drain a perfectly serviceable battery even faster. Never leave the bike outside with the battery installed. When preserving the motorcycle, it is recommended to remove the battery and store it in a warm place. To remove the battery, disconnect the “-” first, then the “+”, when connecting, vice versa, connect the “+” first, then the “-“. In case you decide not to remove the battery, you must remove the terminals and treat them with a protective spray to prevent corrosion.

During the winter period periodically check the voltage and recharge the battery with a voltmeter and a battery charger. In the case of AGM and GEL batteries you will need a special charger that will ensure stable electrical parameters. If you leave a dead battery for a long time without using and recharging, the process of sulfation of the plates will begin. This will significantly reduce the life of the battery. Parts such as on-board electronics, lights, alarms are especially consuming. The most serious blow to the battery is caused by deep discharge, so do not leave your bike for a long time with the electric equipment on.

Do not neglect cleaning the battery as well, wipe its body and the regular place. Dirt can be a conductor of electrical current, which will sulfate the plates and greatly increase the chances of self-discharge. If you have a serviceable WET battery, remember to refill it with distilled water as needed, and also lubricate the terminals with paste to keep them from seizing up.

If you neglected care and got to the point that the battery is completely dead, and you’re on the road and there is no service nearby, you have to start the bike with a “pusher”, or “cigarette lighter” battery from a working battery. While doing this, keep the working battery on speed to better transfer the charge. “Burned” battery should always keep on revolutions (do not stop the engine, do not leave it at idle), otherwise the last reserve of charge will be lost. With such a battery you can only drive straight to the garage or to the nearest store.

You will need a special device to charge the battery. During charging, sulfate (SO4) leaves the plates and combines with hydrogen (H2) to become sulfuric acid (H2SO4). Free oxygen (O2) combines with lead (Pb) on the positive plate to form lead dioxide (PbO2). When the battery approaches full charge, hydrogen is formed on the negative plates, oxygen on the positive plates, and gassing occurs.

Conventional acid-lead batteries require recharging every one and a half to two months, and sometimes even less (if the battery is old and worn out). Gel batteries for motorcycles can be recharged much less frequently (once or twice a year).

It is important to remember that the battery has a certain level of self-discharge, even when disconnected from the bike. This is especially important during the cold season, when most bikers are canning their bikes in the garage and removing the batteries (some bring them home). Do not procrastinate recharging, or it may cause the bike to eventually just not start and the battery will be completely dead.

To know exactly when you need to recharge, check the battery with a voltmeter. To do this, you need to set the instrument reading to 20 volts, put the red probe to the battery’s plus and the black one to the minus. 12,3 volts on the device indicates the serviceability and normal operation of the battery, from 11 to 12,2 volts – indicates that it is time to charge, the mark below 11 – most likely the battery has depleted to the extent that restore and recharge it is no longer possible.

If you do not have time for long hours to charge the battery to 100%, it’s no problem, charge it as much as possible, the rest of the charge it will be able to generate the generator while driving.
Without a special automatic charger that will turn off when the battery is fully charged, be careful and watch the process. A charged battery will continue to charge further, the water inside the electrolyte will start to boil off, gassing (hydrogen and oxygen) will occur, the battery will swell and become unusable, in rare cases this may lead to an explosion. 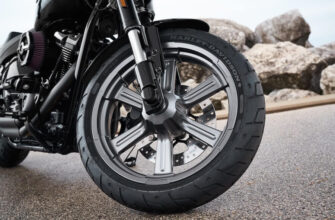 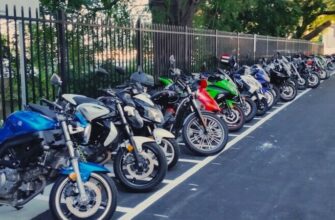 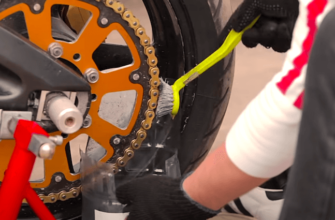 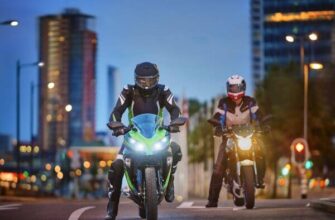 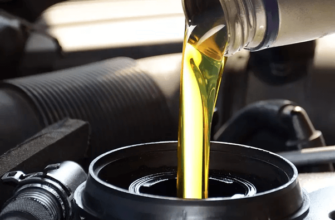 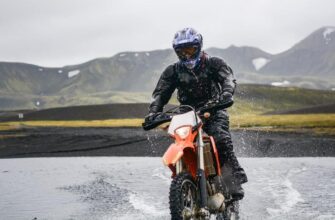 What to Look for when Buying a Motorcycle Jacket
A good motorcycle jacket must meet high standards. 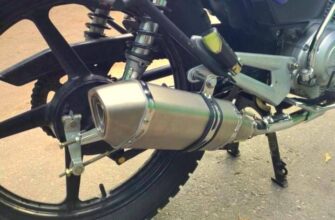 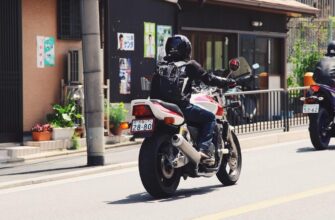